I love my Blackmagic Pocket Cinema Camera. Since it was released, it’s proven to be an excellent camera, with astonishing image quality for the tiny size of the camera.

Since the BMPCC, as it’s known, was finally released to the public, people have wanted to use Canon EF mount lenses on it. The active Micro 4/3 lens mount is an excellent fit for this camera in that it has allowed almost any type of lens to be fitted – old C-mount lenses, a mix of Nikon glass, even PL cinema lenses – but the electronically activated iris of Canon EF lenses has held back the full use of Canon lenses.

So why use Canon lenses? Personally, I have had a Canon 7D for about 4 years, so an EF mount makes a lot of sense for me as I can use the lenses I already own. The Canon 7D and 5D digital SLR cameras have been extremely popular for video since release, and users of them have built up a war chest of very nice Canon specific glass. Now they want to use that glass on the Blackmagic Pocket Cinema Camera.

There were options, for the brave. Redrock Micro’s LiveLens gave a manual mount with an electronic iris selector on the side. There were manual adaptors on eBay, with either no iris control, or a secondary iris. I eagerly ordered my cheap EF adaptor with secondary iris, only to see chromatic aberration and other artefacts ruin the BMPCC’s beautiful image.

Then the Speedbooster was released. And everything changed. Metabones, long known as a leader in lens adaptors, realised they could use the empty space between the back of the lens and the sensor in their adaptors for an additional piece of glass. This glass was able to speed up the light as it passed through, increasing the maximum aperture of lenses and reducing the crop factor of cameras. This started with a Micro 4/3 to Nikon version, then a Blackmagic Cinema Camera specific version and a Blackmagic Pocket Cinema Camera specific version, making use of the additional space between lens and sensor to further reduce the crop factor. The BMPCC specific Speedbooster turned what was effectively a Super 16 sensor into a Super 35 sensor, very close to the APS-C sized sensor in my Canon 7D.

What this meant in practice was that a lens like Sigma’s 18-35 f1.8, when mounted to a BMPCC Speedbooster, begins to behave like a 10.5-20.3mm f1.0 zoom lens. A 50mm f1.2 prime turns into a 29mm f0.74! An incredible achievement, and the reason why the Speedbooster quickly became the must have accessory for BMPCC owners.

The problem was, this Speedbooster was specifically Nikon F/G mount to Micro 4/3. No EF version, leaving Canon owners out in the cold.

A series of companies turned out EF versions of the Speedbooster, with different quality of optics, and all passive. All the while Metabones remained silent.

Until recently. Finally, Metabones had finished their EF to BMPCC Speedbooster. An active Speedbooster which only works on the BMPCC, turns the camera into a Super 35 camera much like the Nikon version, and has support for Image Stabilsation and electronic iris on Canon EF lenses.

Metabones don’t support EF-S lenses, such as the Canon 18-55 f2.8, however third party lenses such as those from Sigma or Tamron use the EF mount but are designed for APS-C sized sensors.

Metabones have even implemented a system where f-stops above f1 are reported to the camera with the boosted value. My Sigma 17-50mm f2.8 is now reporting on the camera as being f1.7 when the iris is completely open. It looks fantastic!

After a year of waiting, the Blackmagic Pocket Cinema Camera finally has a Canon EF mount. Let the fun begin 🙂 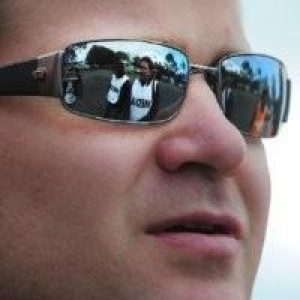